President Arthur Aveling opened the meeting at 7:10pm and welcomed all the members. He introduced the current Board and stated that Ron Frydrychowski was out of town and therefore unable to attend.

Members received a packet of information which included: the agenda, the 2015 Financial Report, the 2016 Proposed Budget, the Road Maintenance Report, and the slate of Board Member Nominations.

President Aveling reminded members of the Association of the website and the fact that it had been updated and has a number of beneficial documents and links. A new webmaster is maintaining the website.

First Order of Business:
Rachael Mook announced the roll call of 33. With 23 voting members and 10 proxies which met the quorum of 29.

The 2015 annual meeting minutes had been sent to the membership last year and no corrections were noted. As a result, a motion was made by Brian Armstrong and seconded by Suzanne Scott to approve the minutes. Minutes of the 2015 Annual Board Meeting were approved.

The agenda was approved with a motion by Pamela Aveling and seconded by Glenda Pittman.

Financial Report – Treasurer Rachael Mook
Rachael Mook presented the 2015 financial report. This included income, expenditures and current past due accounts. She also presented the 2016 budget. Following a few member questions, the budget was approved and Rachael was publicly thanked for doing an outstanding job.

Architectural Control Committee Chair – Phil McKinnon
Phil presented the Building Architectural Committee Report. New house plans were provided to Phil by Mike and Leslie Kasper. Plans for new homes are submitted for approval and follow-up. New property owners in attendance were recognized and complimented on their new homes and property. Phil also reported the 127 acres of land that adjoins our subdivision and runs to Hwy 20 was sold to a new owner in July. It is not known the intent of the land purchase.

Road Maintenance Committee Chair – Jim Pittman
Jim reported that the road was graded six times during 2015. During grading, the ditches were also worked to maintain drainage. Twenty-five truckloads of fill were placed on the roads. Jim explained that asphalt millings are being used instead of crushed concrete for a number of reasons such as: less dusting during dry periods, potholes can be individually filled, and reduced wear and erosion to the driving surface. The cost of a truckload of the asphalt millings is $100 less than the crushed concrete, but this material must be spread somewhat thicker, resulting in no overall cost difference. As a result of two recent hard rains, the road is presently in bad shape and repair work will be done within the next couple of weeks. The best maintenance prevention is “driving gently”.

New Business
Pamela Aveling asked that the Board discuss (at the next new Board meeting) the problems generated when people bring in large equipment (such as for tree removal) and the damage it does to the road and private property.

President Aveling brought up the neighborhood get-together that the Pittman’s and Khan’s sponsored in the Fall and the positive feed-back from those who attended. He encouraged future gatherings and asked the membership if a minimal amount of money can be given to the hosts to assist in the cost of food and supplies. Arthur made a motion and it was seconded by Suzanne Scott and was unanimous.

President Aveling would like to encourage more property owners to attend board meetings and become involved. There are many members who are talented and have experience that would be valuable to Parramore Shores Property Owners Association.

Election of 2016 Board Members
Since there were no nominations, the current slate of Board Members were elected by acclamation.

Current Board Members are:

With no further business, the meeting was adjourned at 7:40 pm. 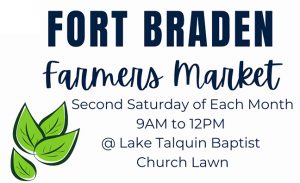