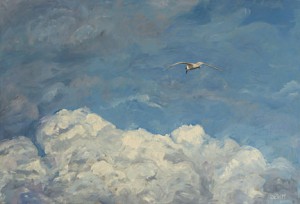 Least Tern in Flight by DeWitt

President Arthur Aveling opened the meeting at 7:08 pm and welcomed all the members. He introduced the current Board, who were all in attendance: Arthur Aveling, Ronald Frydrychowski, Margaret Boeth, Steve Peacock, Jim Pittman, Rachael Mook, Phil McKinnon

Members received a packet of information which included: the agenda, the 2016 Financial Report, the 2017 Proposed Budget, the Road Maintenance Report, and a map of the area surrounding the Parramore Shores property.

President Aveling introduced a special guest, newly elected, County Commissioner Jimbo Jackson from District 2, who was born and raised in this part of the county. Commissioner Jackson said he was pleased to have been invited to this meeting and asked if there were any questions. Questions were predominantly on the two ‘land-use’ issues affecting Highway 20 and property owners in the Parramore Shores development. Commissioner Jackson indicated that there could be a safety issue concerning the ‘Sand-mining’ entrance/exit if it is on Highway 20 and he thought there might be an opportunity for the public to express their concern on the safety issue at a public hearing.

The commissioner indicated a desire to work with the Association and has an ‘open door’ policy if we have anything to discuss.

Rachael Mook and Steve Peacock announced the roll call of 32 lots; with 25 voting members and 7 proxies which met the quorum of 28.

The 2016 annual meeting minutes had been sent to the membership last year and no corrections were noted. As a result, a motion to approve the minutes was made by Glenda Pittman, seconded by Bob Smith and was unanimously approved.

The 2017 agenda with modifications was presented to the membership.

2016 Financial Report – Rachael Mook presented the 2016 financial report. This included income, expenditures (printed report was attached with the handouts) and discussion of current past due accounts. (Due to a problem with the printer, there were not copies of the past-due accounts with membership names). Income for 2016, was $23,143.44, leaving a balance on 12/31/16 of $942.62. This included $20,400.00 for ‘Road Maintenance’.

2017 Financial Report – Rachael Mook presented the proposed 2017 budget of $19,742.00. Following a few member questions, the budget was approved and Rachael announced that she intends to retire from the Board next year (after 13 years) and would like to begin training her replacement. She asked that someone from the membership volunteer for the position. She stated, when asked by a member, that she probably spent 5 hours a month on the duties. That is incorrect. When averaged out over the year it is closer to 1 hour or less per month. There are many months when you do not have any task to perform. This position is not difficult to handle. You need a computer, printer and internet service. Please call her at 574-4441 for a review of the task involved and any questions you may have.

She was publicly thanked for doing an outstanding job over the years.

Phil presented the Building Architectural Committee Report. There were no New house plans presented for 2016 but there were new home owners that Phil introduced.

Jim reported that the road was graded five times during 2016. During grading, the ditches were also worked to maintain drainage. Twenty-two truckloads of crushed concrete-base were placed on the roads. Ten loads of asphalt millings (APM) were installed in selected sections of the road. Two days were spent removing small trees and brush within the road right-of-way and the roadside was mowed twice during the year.

Reference was made to the 2015 annual meeting and the increased use of APM. In the areas where the APM was placed, the main body of the material held up acceptably, but problems were encountered around the edges of the APM sections. In addition, in early October information was received indicating that APM is a poor material choice for the

amount of traffic on our road. (For further details, the Road Maintenance Report was attached with the membership handouts.)

President Aveling announced that due to the continual quest for our road improvement, and the constant changes in the ‘Road Maintenance Plan’, there will be a board liaison, Steve Peacock, working with an experienced road engineer and contractor.

There was further discussion on the Estep property. Mr. Parker Estep, who owns over 200 acres of land from Highway 20 north to the southern boundary of Parramore Shores, but lives in Tampa, has asked that his property ‘land-use’ be changed from ‘agriculture’ to ‘timber’. The Association concern is with Parramore Shores Road, which gives access to association members’ homes and property. There is confusion as to who “owns” the road and with a change in the land-use, will the road be involved if timber is removed? President Aveling has spoken to Mr. Estep in past and has attempted to contact him recently to no avail. Members agreed that we need to speak with him, ask his intentions and discuss our concerns.

Discussion also continued concerning the ‘Sand Mining’ permit. The property is a total of 84,830 acres, across from Parramore Shores Road and extends to Wainwright Road down to the “electrical substation” across from the gas station on Blount Creek Road and south to Bloxham Cutoff (267). The permit calls the project ‘Sand Mine/Stockpile’ and the owners are S.A.P. LLC located in Quincy. The information listed Leon County Department of Development Support and Environmental Management, telephone (850) 606-1301. Rachael Mook has tried calling, but always got a busy signal or a fax sound. A major concern is the road access and whether it would be from 267 or Hwy. 20. For the members interested, the parcel ID is 4415204010000. Also, Commissioner Jackson stated there may be an opportunity for the public to express their concerns on the safety issue at a public hearing. Though SAP has owned the property since 2005 and no work has yet been done, we are concerned because their intentions have recently been brought to our attention.

Brian Armstrong, an attorney and (PSPOA) member, expressed concern over both land-use issues and offered his services, as an attorney to the Association. The membership was pleased to accept his offer and the Board will begin to work with him immediately to take action on both of these issues.

It was announced that there would be a neighborhood Bar -B -Q on Sunday, May 21st, from 4:00 – 6:00 at the homes of the Boeth’s and English’s on Deborah Drive. It will be a pot-luck with information going out to the neighborhood.

President Aveling would like to encourage more property owners to attend board meetings and become involved. There are many members who are talented and have experience that would be valuable to Parramore Shores Property Owners Association.

Election of 2017 Board Members

With no further business, the meeting was adjourned at 8:30 pm.

Theme by Anders Noren — Up ↑